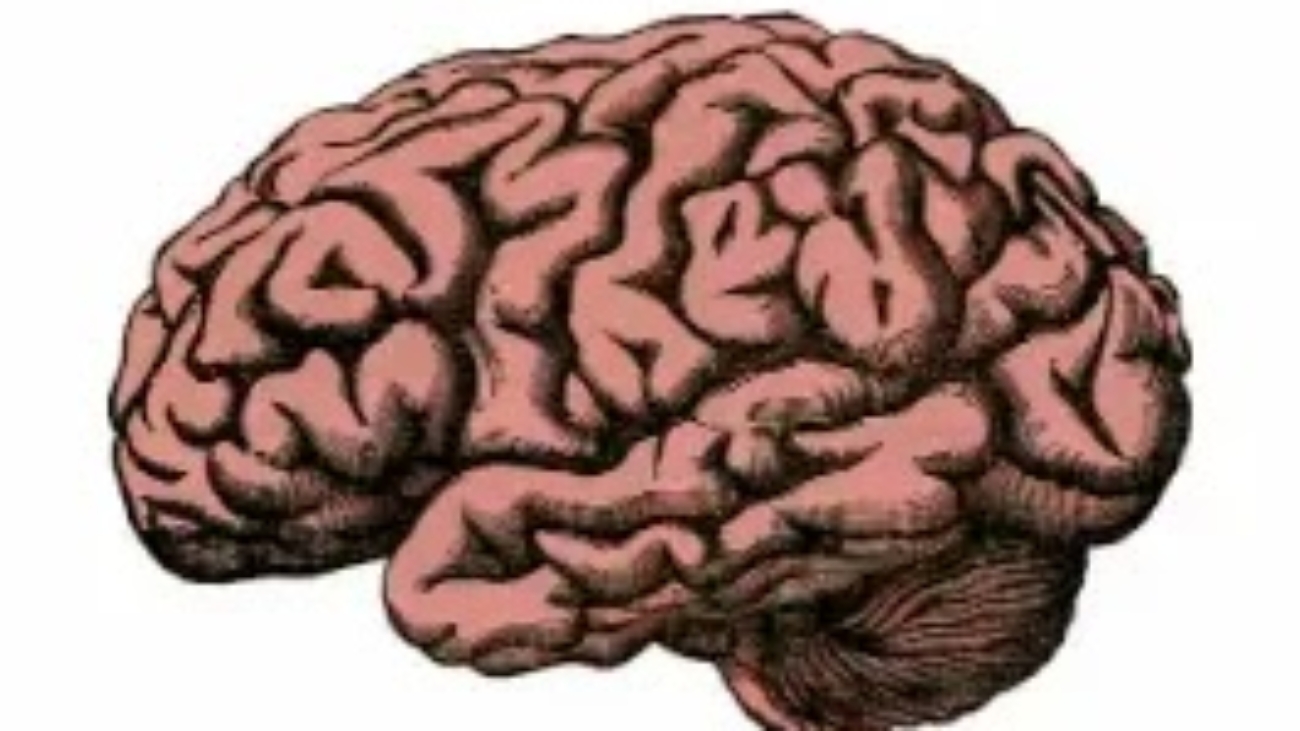 Parkinson’s disease is a progressive disease that affects motor function in patients. In the beginning, the symptoms can go unnoticed since it starts with tremors on the hand, slowed movement, and stiffness as it progresses. Dopamine is a neurotransmitter that is responsible for coordinating muscle movements in the body. Produced in the substantia nigra, dopamine production may reduce when the cells of the substantia nigra die after the onset of PD (Brooks,2016). According to Zeng et al. (2018), PD first affects the olfactory bulbs and vagus nerve’s dorsal motor nucleus and later moves to substantia nigra. In the later stages of the disease, the brain cortex becomes affected. As the disease progresses, other brain areas and the nervous system become affected, resulting in impairments to the cognitive neuropsychological, and motor systems.

Researchers argue that various genetic mutations can result in the development of the disease, and these mutations are associated with a family history of the disease. The other causes include environmental factors. For instance, continued exposure to some toxins increases PD risk (Zeng et al., 2018). Other environmental factors include exposure to certain metals, herbicides and pesticides, and head injury. Other causes include the presence of Lewis Bodies, which is believed to cause PD.

Age is one of the risk factors for PD. For instance, Parkinson’s Disease is common among older adults above 60 years and less common among young adults. However, the disease could begin in middle life. The other risk factor is a family history of PD. Hereditary factors mean that the risk of developing PD is high when one has a close relative to the disease. However, the risk is low if only one family member has the disease. The sex of an individual is also a risk factor since PD is common among males than females. Lastly, getting exposed to various forms of toxins such as pesticides and herbicides, heavy metals could result in developing the disease (Emamzadeh & Surguchov, 2018). Lastly, head injuries may also lead to PD.

The condition is linked to various health conditions and complications. For instance, individuals with PD are likely to develop cardiovascular disease. Studies show that those with PD are likely to develop cardiovascular disease, with a 50 percent chance of dying from the complication. This is because cardiovascular disease can result in heart attacks or stroke. Also, gastrointestinal illness is common among people with PD. This is because PD could start in the nervous system, which controls the gastrointestinal system. In this case, early symptoms of PD could include constipation and dysregulation of the gut bacteria.

The other associated condition is skin cancer. Persons living with PD have a lower risk of developing cancer. However, malignant melanoma is common among people with Parkinson’s disease. Also, genitourinary dysfunction is joint among people with PD, which includes complications associated with the urinary system or sex organs. In this case, sexual dysfunction and urinary incontinence are joint. Lastly, diabetes is associated with PD since individuals living with diabetes type 2 have an increased risk of developing PD. Estimates show that about 10 to 30 percent of people with PD have diabetes, while about 80 percent of people with PD establish low glucose tolerance, indicating pre-diabetes.

Physical exam for PD involves visual observation, auscultation, and palpation of the patient. In this case, a neurologist conducts the physical exam to determine the presence or absence of PD. The physician also assesses the patient for balance impairments, episodes of freezing, and tremor symptoms. The neurologist examines gait to determine abnormalities such as spastic, steppage, waddling, or propulsive gait. Also, gait observation looks for the initiation, arm swing, turning to assess balance, or hesitancy associated with postural instability. In addition, step strength/size looks whether the patient has a shuffling gait or festinate gait, which helps maintain balance. The neurologist also checks posture to determine trunk flexion, stooped or rounded shoulders, and involuntary forward head craning.

Fluctuation in cognition and visual hallucinations are critical in the diagnosis of DLB.

Progressive Supranuclear Palsy (PSP). This neurodegenerative disease is characterized by difficulties walking, visual impairment/blurred vision, and instability. Postural instability is typical in both PD and PSP. However, this symptom marks disease progression in PD, while in PSP, it could occur earlier, and the patient falls frequently. Abnormal eye movement reduced verbal fluency, and executive function is also standard in PSP (Stoker & Greenland, 2018). Neuroimaging can help differentiate PSP from PD, but the reduced response to levodopa, eye movement problems, and frequent early falls happens in PSP than in PD.

Multiple system atrophy (MSA). This condition is characterized by its effect on autonomic functions such as breathing, motor control, the functioning of the bladder, and blood pressure. The disease shares most PD symptoms, including reduced balance, muscle rigidity, and reduced movements. It is also associated with tremors, although this is rare in MSA. Other symptoms associated with MSA include sleep disorders, erectile dysfunction, dysarthria, unsteady gait, dysphagia, and visual disturbances. However, MSA is considered to progress rapidly and is less responsive to levodopa and autonomic problems in the early stages of the disease. This differentiates MSA from PD.

There is no specific test for diagnosing PD. However, neurologists can use the patient’s medical history and a review of the signs and symptoms, and a physical exam to diagnose the condition. Also, a DAT scan can be ordered to help support the diagnosis. Other Imaging tests include MRI, PET scans, and CT, which help rule out other conditions but not necessary to diagnose PD (Tynes & Storstein, 2017). Also, blood and urine tests can be ordered to rule out other conditions. In most cases, analyzing PD could take time, which means that follow-up appointments may be necessary to ensure an accurate diagnosis. In most cases, neuro- examination and physical examination are critical in PD diagnosis.

Various forms of treatment are used to help manage the condition, but PD cannot be cured. In this case, therapy helps control the symptoms to allow the patient to reduce tremors, enhance walking and movement, and substitute dopamine. Carbidopa-levodopa, commonly called Levodopa, is the widely used medication since it shows the best results (Emamzadeh & Surguchov, 2018). The dosage should be between 300 to 600mg/day taken 3 or 4 times a day. The medication enters the brain and converts into dopamine. Carbidopa is a substance that helps ensure that levodopa enters the brain since dopamine cannot pass through the brain.

The other medication is Duopa. This drug contains carbidopa and levodopa, but it is administered through a tube for patients with advanced PD. Duopa should be administered through intrajejunal infusion with a maximum dose of 2000mg daily over 16 hours. Other medication includes dopamine agonists such as Ropinirole (9mg/day), apomorphine (3- 6mg/day), and Mirapex (initial dose of 0.125smg/daily 2hours before bed). This is a group of drugs that are not converted into dopamine but work by mimicking the effects of dopamine in the brain. Also, MAO B inhibitors are used to help inhibit dopamine metabolizing enzymes from ensuring dopamine breakdown does not take place (Emamzadeh & Surguchov, 2018). Example include Selegiline (10 mg/day taken at a dose of 5mg twice)

In terms of education, patients must ensure that they adhere to the doses given to ensure they get the desired outcome from the treatment. Also, working together with the doctor is crucial to ensure that the best treatment plan is achieved to get the most significant benefits by reducing symptoms and side effects. In addition, the doctor may recommend lifestyle changes to

Help promote a healthy lifestyle. This could involve eating healthy foods rich in fiber and intake of more fluids to avoid constipation, a common symptom of PD. Also, exercises could be suggested to help maintain flexibility and improve balance. In this case, adherence to the doctor’s instructions is crucial to achieving/reaping the benefits of the treatment plan.

Although PD is not a fatal condition, it is degenerative, which worsens and progresses with time. In most cases, one can live with the disease for ten to twenty years. However, the health status and age of the patient play a crucial role in making accurate estimates. Also, the progression rate differs with patients as the disease could be more aggressive and severe in some patients than others. If left untreated, PD could worsen, resulting in reduced brain functions and, in other cases, early death.

Mitochondrial dysfunction is one of the critical pathogenic pathways established in the initiation of PD (Kouli et al., 2018). In the post-mortem examination of substantial nigra pars compacta of patients who died of PD, it was discovered that PD brains lack mitochondrial complex-1, an essential factor of the electron transport chain (ETC) (Kouli et al., 2018) (Figure 5). This association of MC-1 deficiency in the brain and skeletal muscles of patients with PD is further supported by examining the induced Parkinsonism of MTP, as discussed in the earlier part of this paper.

The classical manifestation of Parkinson’s disease includes bradykinesia, resting tremor, postural instability, and rigidity (Kouli et al., 2018). Bradykinesia is often characterized as slowness and difficulty maintaining movement and is often influenced by depression and rigidity. With the manifestation of bradykinesia, at times, patients may present with “freezing episodes,” wherein patients would present with a sudden block of movement when challenged and when distractions are offered in a patient’s course (Kouli et al., 2018). In later stages of the diseases, patients could also present with akinesia, or absence of movement due to the loss of the preparatory phase in the initiation of action, still connected with the disinhibition of the basal ganglia circuitry. Rigidity is one of the clinical hallmarks of PD. In Parkinson’s disease, patients may present with increased resistance to movement regardless of velocity, as seen in spasticity.