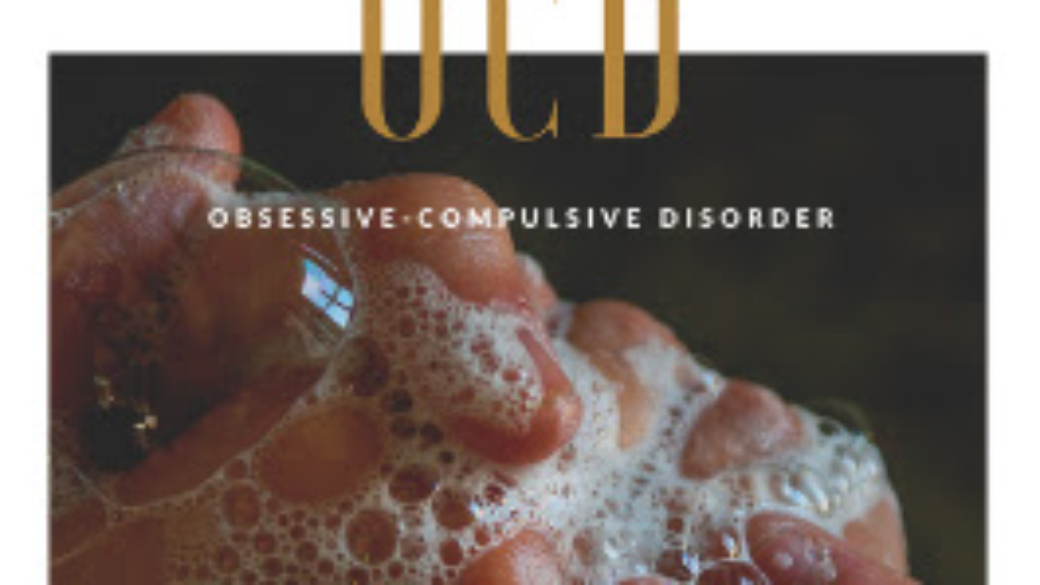 I will share with you some of the patterns and knowledge that I’ve gathered whilst helped hundreds of people including myself, to understand and prevent, to let go of OCD and it’s associated fears, worries, anxieties, and social prejudices.

We will dig deeper into the way OCD operates, so you can have a clear understanding of what’s happening to you, and therefore when you’re ready to tackle the OCD head-on you’ll be better informed of just what you’re dealing with because OCD really is a sneaky little creature.

Because we already know that.

Most things are unbelievably planned, thought through and very orderly.

sometimes call it COD, carefully orchestrated dilemmas, anyway, a popular medical definition for OCD is; OCD is a common chronic and long-lasting disorder, in which a person has uncontrollable reoccurring thoughts, obsessions, and behaviors. Compulsions that he or she feels the urge to repeat over and over.

That seems okay, however, I think we need to add how it affects the experiencer’s life, their health, their happiness, their emotional stability, their self-worth, their energy. How it affects their work, how it disrupts their relationships. It truly can unsettle a person’s life. Now, OCD is part of the anxiety group of mental health issues, and I’m not going to go into too much depth about anxiety in this Blog, however, there’s lots of information on my website about anxiety.

It is very important though to be aware that the management of anxiety at a core level will need to be initially addressed so that the subsequent phasing out of this secondary condition, which we call OCD, is actually possible. Then we need to ask our selves,

Is OCD the problem or the symptom?

Is checking that the door is locked, a symptom of something else, or a problem in his own right? – And, of course, the answer is, it’s both!

However most people focus on stopping the behavior and not identifying with the underlying source of that behavior – and we often lose track of what has become the norm, rather than what started all off in the first place, which may have been many, many years ago. And when observed from my own experience OCD breaks down into four key areas.

The first group is the – intrusive thoughts that often lead to obsessive ways of thinking, and these may range from simple self-doubts, right through to horrific unwanted thoughts about harming people or all sorts of different things. And secondly, we have the compulsions, and these are the mental, bodily or behavioral rituals that we feel we must carry out,  to lessen our anxiety or to calm us down, or to stop something else happening. then, thirdly we must acknowledge that OCD tends to make us very controlling individuals! Controlling of people, situations, outcomes, to ensure that we can control and avoid the anxiety triggers, or to manage our rituals.

And often, we can’t see this control, but it’s very obvious to other people, And these controlling strategies may be overt, such as getting angry at someone to make the person comply or quite covert, such as saying “I’ll just stay in, you go out, I’ll be fine.

” Where guilt is used to control others, and then we may even feel guilty for doing it in the first place. Then comes the strategies that we may need to run, that allow us to cover up our habits,

for example; someone might say “if I get to work early, then nobody will see me disinfect my desk and disinfect my phone.” Or they may say well, they may think, “if I ‘m shy and quiet, people won’t ask me to do things.”

So, let’s dig deeper into these four headlines, starting with the obsessive and intrusive thoughts.

Let’s explore some of the more common ways OCD hits us with involuntary thoughts and obsessions – and remember this, just because you have a thought, it doesn’t mean you made it, it doesn’t even mean it actually means anything. Your brain is just a very clever thought proposal device!

And we all have some unsolicited thoughts from time to time that is silly or weird, and for most people, they just ignore them. for example; it’s pretty often, people have a little thought, that comes and says “what if I just kill myself?”

Common obsessive thoughts can include:

And these people, they just seem to, watch that thought arise, they watch it, and then they just let it go, they don’t take it personally, or they don’t give it any deep meaning.

It was just an unsolicited thought. However, when we experience OCD, we have a lot more uninvited thoughts that cover a wide spectrum of topics and fearful dilemmas.

“What if I harm someone?

Did I hit that cyclist whilst I was driving?

Did I poison that cup of tea I gave to that person?

Are those people following me?

Did I lock the house?

What if I harm my baby?

Does that pain in my stomach mean I have cancer?”

To combat these scary, real but unrequested obsessive thoughts, we might stumble upon strange habits, which may often become compulsions, that provide a temporary respite or a distraction from the anxiety. And the fear and the compulsions, in and of themselves, are quite irrelevant,  whether you have to count everything three times or line up all your tins in a cupboard, or put your left shoe on first, these are just strange behaviors that you’ve picked up to help you control your anxiety. And please be aware, that if you’re trying to overcome your OCD by solely focusing on overcoming these compulsions, yeah you’re missing the point, the compulsions are just a symptom of the anxiety, plus even if you learn to manage a particular compulsion, your unconscious mind will just morph it into another different compulsion.

This is why the three most important things to work on when you are ready for change, is;

separating you from your thoughts, the thoughts are in you, but they’re not you. You’re not asking for them, they don’t mean anything.

understanding and managing the underlying anxiety, and then, the third thing is to spend more time being calm, so that you can recalibrate your emotions. If we look at some of the more common compulsions, rituals and thoughts, and behaviors, the actual list is truly endless. The human unconscious mind, can with the logic of a child, get you to believe and do almost anything! Maybe pause the video just now, and take a moment to have a look?

Either way, it’s exhausting, just looking at all the ways we can trap and scare ourselves. And as I said before, these are the symptoms of the underlying anxiety and it’s there where your focus needs to be placed if you really want big change. If we look at covering it all up it can be exhausting to cover up your anxiety to cover up all the behavioral tics and rituals you have to perform, and what I’ve noticed, over the years, is people fall into a few categories.

The first category, I call the stay-at-home prisoner, and for some individuals who have experienced OCD issues around germs, infection, blood, and cleanliness, the idea of working in shared offices, or visiting shopping centers or public areas, or even taking children to school, with so many germs and colds and things, it becomes fearful and distressing.

Therefore, it becomes easier to stay at home, in a sanitized environment. Then we have the technical loners, this group learned how to manage their ruminations and compulsions, by losing themselves in distracting thought processes, or complex mental tasks, like science-based activities or technical careers where they can often just work alone or in small groups.

And they often attract partners who are also very technical, or happy to live in a more enclosed and unstructured living environment. One of my favorite group sare the self-employed controllers, and for some, it’s just so much easier to manage their OCD compulsions by working for themselves – and I’ve always been amazed at how many business owners have varying degrees of compulsive behaviors and scary intrusive thoughts. And not only do they work for themselves, they usually only have one or two employees, or they employ family members to assist them, this way they can still earn a living and they can more easily cover up their compulsions, and if they can do it in the privacy of their own office and if their office is in their home, all the better!

The next group is called the”get on with it anyway pragmatists” and I think this is by far the biggest group, and in some ways, they have the hardest time because they’re always trying to face their fears and just get on with it. In other ways, they’re the freest of the group, because they can ‘kind of’ function, despite the OCD and this group will find that their compulsions and ruminations will increase with stress and disruption, therefore, holidays and Christmas and job interviews and dating, travel, surprise events, they can be times of great anxiety and very very mentally exhausting.

Now one of the things I mentioned earlier is that OCD is a subset of anxiety, therefore if you’re going to overcome your OCD, first you need to understand the headlines about anxiety and how it operates.

Anxiety rule number one is you can’t think your way out of anxiety, anxiety is in fact a problem of thinking too much, and because your body responds to your thoughts as if they were true, your body becomes very tired and very exhausted.

Anxiety rule number two, anxiety unconsciously tries to make your stay at home, and nearly all forms of anxiety try to unconsciously make the experiencer stay at home or to go back home where they’ll feel safer, or at least, less unsafe.

And OCD is no exception, the way your unconscious does this is to look for any underlying fears that you have probably learned in childhood, and then it plays on them, a simple way to look at this might be to say; that the unconscious nervous system becomes very tired, very exhausted, from long periods of being anxious and it doesn’t like this, and he wants to be able to relax and recharge.

them out even more, and thus the cycle just repeats itself, around and around!

If you found it useful please share it on social media, and feel free to forward this link to anybody you know who’s battling with OCD or anxiety.

And there’s lots more information on my website at www.drmehedi.com.